You are here: Home / Uncategorized / 10-year-old girl describes escape from NYC’s deadliest blaze in decades
This post was originally published on this site

NEW YORK – New York City’s deadliest fire in decades happened three days after Christmas, on one of the coldest nights of the year. Twelve people, including four children, are dead, and four others are critically hurt.

It took first responders only three minutes to arrive, but not in time to prevent a tragedy caused by a 3-year-old toddler playing with the stove.

“The mother was not aware of it, was alerted by the young man screaming,” said Daniel Nigro, commissioner for the New York City Fire Department. “She exited her apartment with her 2-year-old, and 3-year-old and left the door open.” 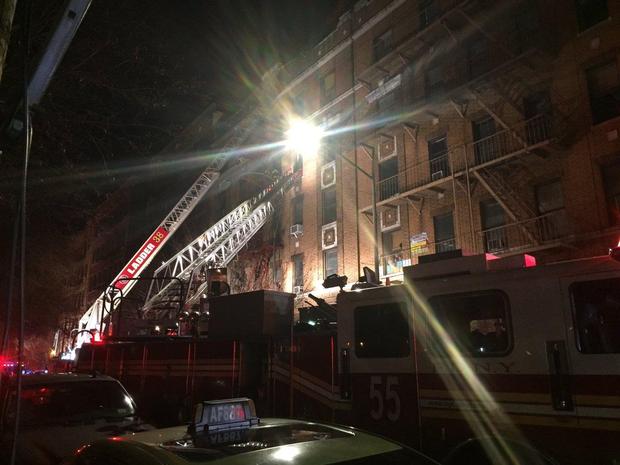 That was a fateful mistake, according to the commissioner. Like smoke up a chimney, the fire was sucked into the hallways, and the entire five-story building was engulfed within minutes.

Crisbel Martinez, 10, escaped with her brother. 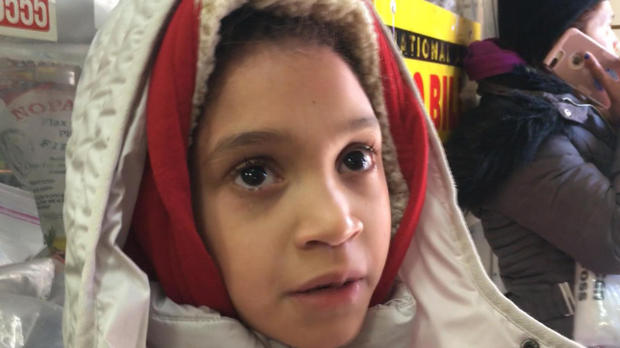 “I got scared and freaked out because I thought I was going to fall off the fire escape, but I tried my best,” Martinez said.

The victims range in age from one to 63. Among the dead: a mother and her two daughters and niece. A family member didn’t want to go on camera, but the heartbreak was obvious.

In another apartment, a woman and infant were found huddled in a bathtub. 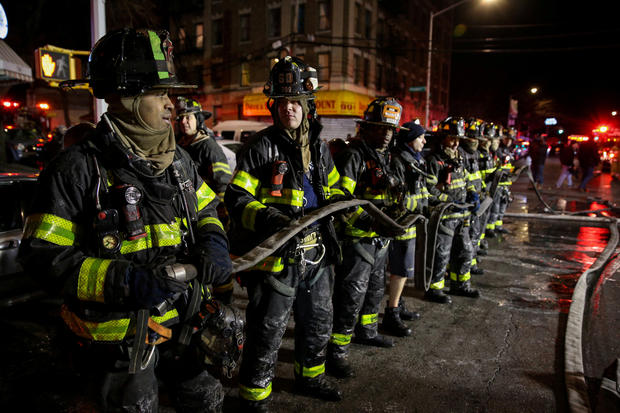 In all, 170 firefighters were called in to fight the blaze, but the cold weather made things worse, since crews had to battle the flames with freezing hoses.

According to city records, the 100-year-old building has a number of open safety violations, including a defective smoke detector on the floor where the fire began. The fire department is investigating whether that played any role in the tragedy.