Fair warning: I’m going into this year’s Oscars bursting with negativity, because my favorite film, “The Florida Project,” about this imp of a girl and her druggy, trick-turning, but otherwise loving single mom in a fleabag motel, was criminally ignored, except for Willem Dafoe, who should win but won’t with these genius voters. 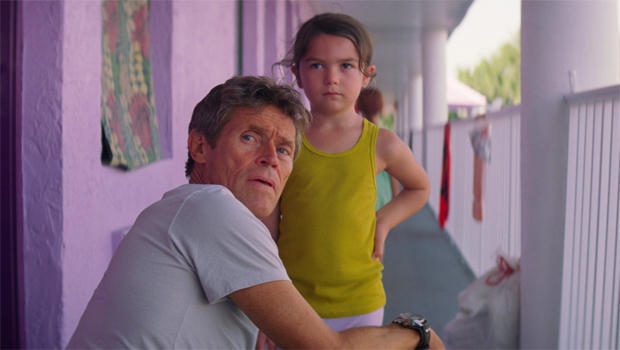 Willem Dafoe (who should win), with Brooklynn Prince, in “The Florida Project.”

The Academy did a little better by the rest of my “10 Best” list:

My numbers 2, 3, 4 and 10 were nominated for Best Picture, and numbers 5 and 7 are up for Best Documentary. But the first four will lose to either the softcore fish-porn “The Shape of Water” or the tragi-comic-tragi-comi-tragi-comi mishmash “Three Billboards Outside Ebbing, Missouri.”

For Best Actress I’m rooting for “Lady Bird”‘s Saoirse Ronan, even though she’s always blabbering about not reading movie reviews, which hurts me like you wouldn’t believe.

Frances McDormand will probably win for “Three Billboards.” She is one of my favorite actors, and I’m actively rooting against her, as if she did steroids or deflated balls. That’s what’s screwed up about award shows: You root against people you love! There’s only one morally valid reason to do that: You have money on someone else.

The shows, meanwhile, are weird: You spend three hours watching, you feel gross but starved. Last year’s screw-up with “La La Land” and “Moonlight” was a perfect storm of gross, so the first black gay movie ever to win has to come in through the back door — “No, wait! There’s been an injustice!” 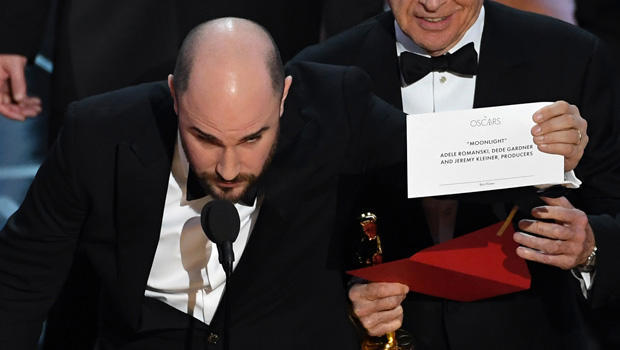 I’d like to see Greta Gerwig for Best Director, Timothée Chalamet, Dafoe, Laurie Metcalf, and as I said, Saoirse Ronan — no, you know what? She doesn’t read me. Let’s go with, oh, Margot Robbie!

The biggest suspense, though, is over what the #MeToo movement will do to the ceremony. It’s going to be so beautifully uncomfortable! A lot of really angry women, victims of harassment; a lot of men who either harassed or looked the other way, and want to pledge support but not trigger someone who knows something to scream, “You lousy hypocrite!”

Rage, righteousness, guilty consciences primed by alcohol … you know what? It might be an amazing show!