You are here: Home / Uncategorized / GOP pushes final version of tax bill but holdouts remain
This post was originally published on this site

WASHINGTON — Republicans say the hardest part is behind them now that they have crafted a compromise between the House and Senate tax bills. The final plan preserves deductions for student loans and medical expenses targeted in previous bills, and it doubles the standard deduction, which Republicans say will enable millions of taxpayers to stop itemizing.

But residents of high-tax states could still get squeezed. The plan caps the deduction for state and local income tax plus property tax at $10,000 per year. It also lowers the mortgage deduction cap from new loans worth a $1 million to $750,000. 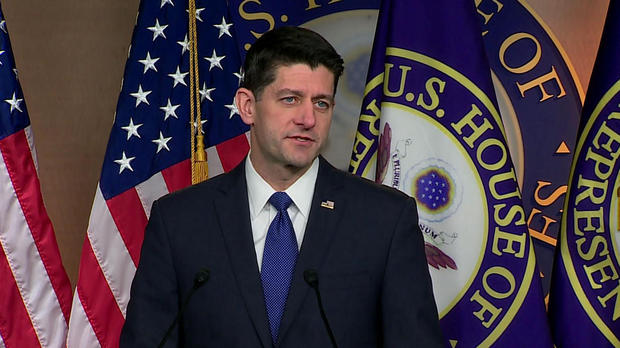 Paul Ryan said the House and Senate had reached a compromise on the tax reform bill.

Republicans say they make up for those changes by lowering the marginal tax rate at every income level and by preventing the dreaded alternative minimum tax from hitting everyone but the highest earners.

But on Wednesday, a pair of GOP senators balked because the bill only hikes the child tax credit by $100 — a big backtrack from the Senate’s previous bill.

“I think that Sen. Rubio will be there, very sure,” said President Trump, who called the tax bill a Christmas present.

The personal tax cuts, on the other hand, are temporary. And Obamacare’s individual mandate is eliminated, which could boost the number of uninsured Americans.

“This is being rushed to judgment, and the American people by substantial numbers believe this bill is not good for them,” said Rep. Steny Hoyer (D-Maryland).