Police on Thursday identified the two women and two children found dead in a house in upstate New York that the police chief called the worst act of “savagery” he’s seen in four decades on the job.  The victims have been identified as 36-year-old Shanta Myers; her children, 11-year-old Jeremiah Myers and 5-year-old Shanise Myers; and Myers’ lover, 22-year-old Brandi Mells.

Shakera Symes, sister of Shanta Myers, told Spectrum News in Albany that she’s now raising Myers’ 15-year-old son, who has been staying with her for two months. She said the whole family is heartbroken over the brutal crime. 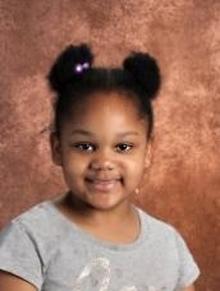 “It’s going to devastate us for a very, very long time,” Symes said Thursday. “And to have to raise the oldest, knowing he lost his entire family that day … that’s not a job that’s going to be easy for me.”

Officials have released few details since a property manager who was called to check on their welfare found the bodies Tuesday afternoon in a basement apartment in a house along the Hudson River in Troy, just north of Albany.

Police Chief John Tedesco said he has “never seen savagery like this.” He declined to say how the victims were killed, but assured the public there was no imminent danger as it appears the victims were targeted.

“People are very nervous, very concerned that the person who did this crime is still loose,” said the Rev. Jackie Robinson, a member of the city’s African American Pastoral Alliance. “We’re talking about organizing a meeting and inviting the whole community to come and share their concerns, with counselors to try to relieve people of stress and anxiety.”

Victory Christian Church of Albany offered a $5,000 reward for any information leading to an arrest.

“Our hearts are broken and our thoughts and deepest condolences are with their family and loved ones during this terribly troubling time,” School Superintendent John Carmello said in a statement. He said a crisis response team will be on hand next week when children return from holiday recess.

Robinson said Jeremiah, who was called JJ, loved basketball and was a regular at the Boys and Girls Club. “Everyone down there is crying,” Robinson said. “He was well-mannered, respectful, happy all the time.” 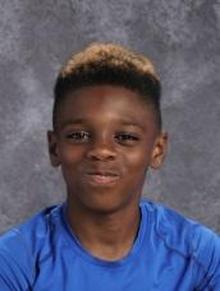 “He was everybody’s friend, he always had a smile on his face, and he played a major role in the club, he was a quintessential club kid, he came here every day, often times he was the last to leave,” Buntich said.

Robinson said “everyone in the neighborhood loved and respected” Shanta Myers, who he said worked as a bus monitor at one time.

Symes said her sister was a sweet, good-natured woman who loved to cook for family gatherings. She said Myers would never have been involved in anything that could provoke such an attack.

The block where the victims lived was closed to traffic Thursday morning as the investigation continued but was reopened in the afternoon, police said.