You are here: Home / Uncategorized / SWAT team responds as suspect barricaded in home fires at officers
This post was originally published on this site 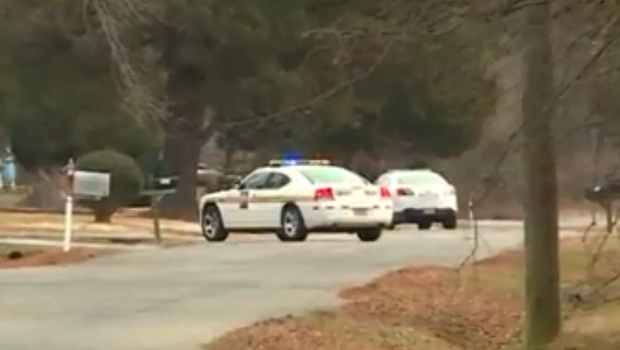 Police outside a home in Chester, Virginia where a man allegedly fired at officers on Dec. 27, 2017.

CHESTER, Va. – Police in a small Virginia town say a suspect fired several rounds at officers with a rifle, reports CBS affiliate WTVR. The station reports the suspect barricaded himself in a bedroom and allegedly fired at officers when they arrived.

At 10:34 a.m., police responded for a report of shots fired inside of a residence. Upon arrival, officers encountered an armed suspect who brandished a firearm at them, and fired, said Colonel Daniel W. Kelly, Interim Chief of Police.

Officers returned fire and the suspect retreated into the residence, Kelly said. No officers were injured.

A SWAT team has responded to the scene and Virginia State Police are monitoring the situation from the air.