Tom Brady speaks out on host’s reported remark about daughter

You are here: Home / Uncategorized / Tom Brady speaks out on host’s reported remark about daughter

BOSTON — New England Patriots quarterback Tom Brady cut short a radio interview Monday morning because one of the network’s hosts reportedly made a disparaging remark about his daughter, CBS Boston reports. Brady made his weekly appearance on WEEI radio’s “Kirk & Callahan” show as scheduled, but he chose to address something host Alex Reimer reportedly said last week about his daughter Vivian, who appeared briefly in part one of Brady’s online documentary “Tom vs. Time.”

Reimer reportedly said she was being “an annoying little pissant.”

“I’ve tried to come on this show for many years and showed you guys a lot of respect,” Brady told WEEI. “I’ve always tried to come on and do a good job for you guys, so it’s very disappointing when you hear that, certainly with my daughter or any child. They certainly don’t deserve that.”

Brady reportedly said he is evaluating if he wants to be on the show again.

Tom Brady cuts his weekly interview short on WEEI, saying he was disappointed to hear of news that host Alex Reimer made a disparaging remark about his daughter when discussing the “Tom vs. Time” documentary. Brady said he is evaluating if he wants to be on the show again.

The station said Reimer was “informed last Friday he was being handed an indefinite suspension by WEEI, effective immediately.”

Brady has been making appearances on WEEI for years as part of the station’s “Patriots Monday” coverage. That deal was extended last week, according to Entercom, the company that owns WEEI.

There has been no comment yet from the Patriots or Entercom. 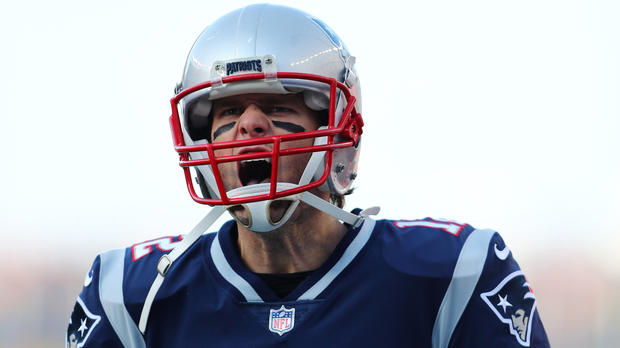 New England Patriots quarterback Tom Brady is seen before the AFC Championship game against the Jacksonville Jaguars at Gillette Stadium in Foxborough, Mass., on Jan. 21, 2018.