CROZET, Va. — A chartered Amtrak train carrying Republican members of Congress to a retreat hit a garbage truck on the tracks west of Washington just before 11:30 a.m. Wednesday, leaving one person killed. Arizona Sen. Jeff Flake was on board when the incident occurred about 125 miles southwest of Washington.

“We were going at a pretty good speed and all of sudden we heard, obviously, a loud crash and felt an impact,” Flake said. “Everybody around us got thrown on the train car.”

The lawmakers — including House Speaker Paul Ryan — were traveling with their families en route to a luxury resort in West Virginia for a three-day retreat. Members immediately tweeted out details of the crash and photos showing wreckage from the truck and damage to the train’s engine.

.@maryaliceparks Front of the train heading to the Greenbrier pic.twitter.com/QGUxUbo8m7

“The closer you were, the more the impact there was. It did derail the engine of the car but it still took us a while to stop,” Flake described.

Inside the train, injuries were not life-threatening. One lawmaker described colleagues prying open doors and jumping off the train. 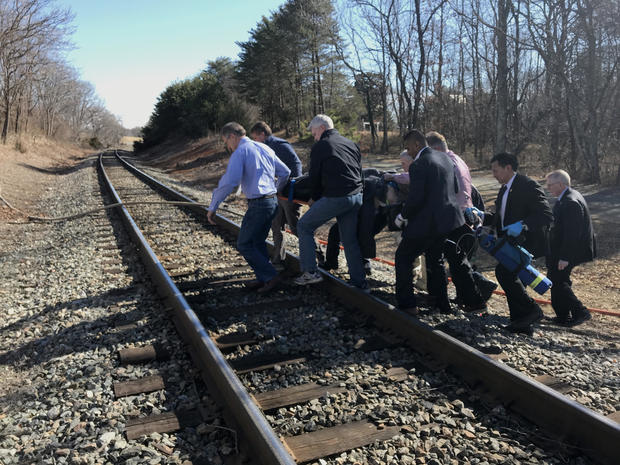 But outside, it was a different scene. One person in the truck was killed. Flake and other lawmakers rushed to help the injured. Rep. Roger Marshall of Kansas, a doctor, performed CPR on the truck’s passenger, but he could not be revived.

“I think that someone died, someone’s in serious situation, very seriously ill, I think we did everything we can do,” Marshall said. “So you know we’ll pray for their families.”

Several lawmakers were seen carrying one of the victims from the crash site. For Rep. Brad Wenstrup, it was the second time in a year he had put his Army field surgeon training to use. Last June, it was Wenstrup who administered first aid to Rep. Steve Scalise when he was severely injured in a shooting.

“If you watched what happened and what took place today, everyone knew they had a role, and everyone knew what they should be doing, and took a role in trying to safe a life from CPR to the one gentleman to controlling bleeding and maintaining airways,” Wenstrup said during a Wednesday evening press conference.

Broadcastify captured audio from the incident: “We are on scene with the Amtrak, county police, a host of people…”

In addition to the one fatality, at least six were injured and taken to local hospitals. Minnesota Rep. Jason Lewis was evaluated for symptoms of a concussion.

“No one was braced for the impact, so that was probably the most startling aspect of it,” he said.

Hours after the accident, the train was able to take lawmakers to nearby Charlottesville, where they were transferred to buses to the Greenbrier resort in White Sulphur Springs, West Virginia.

Some lawmakers said they had to convince security officials to let them off the train so they could help the victims here at the crash scene. Their retreat is going on as planned — with a moment of prayer to added to honor the victims.

The National Transportation Safety Board has dispatched a team to investigate the crash. 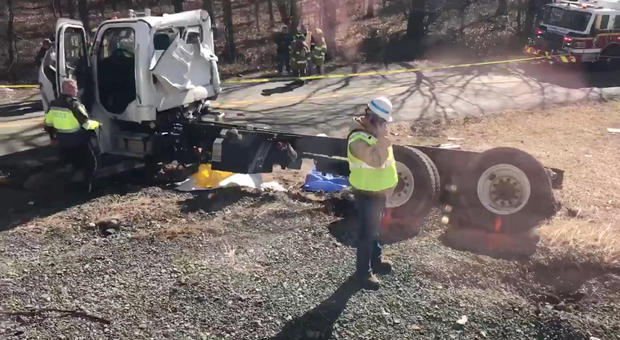 View of the scene following the accident when a train traveling from Washington to West Virginia carrying Republican members of the U.S. House of Representatives collided with a garbage truck, in Crozet, Va., on Wed., Jan. 31, 2018, in this picture obtained from social media video.