You are here: Home / Trump says he wants to get rid of diversity visa lottery program
This post was originally published on this site 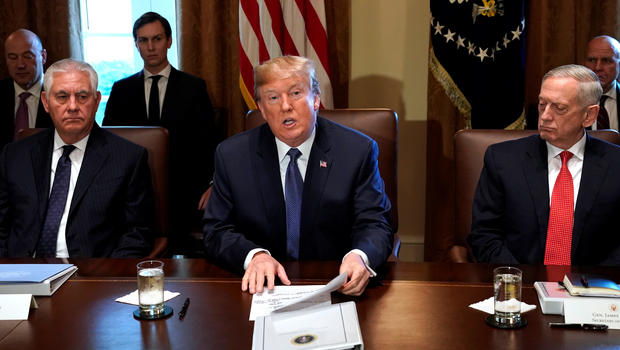 President Trump called for Congress to immediately begin working on ending the diversity visa lottery program, which he said “sounds nice,” but “it’s not nice.”

Mr. Trump’s remarks came during a meeting with his cabinet at the White House on Wednesday, a day after a deadly attack left 8 people dead and over 11 wounded on the streets of New York City.

The man responsible for the attack, the president said, was “the primary point of contact for 23 people who came in with him,” Mr. Trump said. And, asked whether his family, too, poses a threat to the U.S., Mr. Trump said, “They could. They certainly could.”

Mr. Trump has responded to the attacks over Twitter, calling for a ramping up of the Department of Homeland Security’s “extreme vetting program” and saying the attacker was a “very sick and deranged person.”