You are here: Home / Uncategorized / Utah’s largest paper says Hatch should step down
This post was originally published on this site 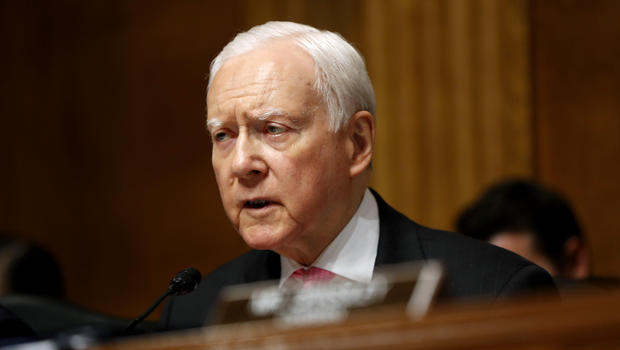 Utah’s largest newspaper is calling on the state’s senior senator to step down in a brutal editorial.

Sen. Orrin Hatch, a Republican who has represented Utah in the Senate since 1977, was expected by many in the state to step aside in 2018. His retirement would potentially pave the way for former Republican presidential nominee Mitt Romney to run for the seat.

However, recent reports indicate that Hatch may be planning to remain in office, much to the chagrin of The Salt Lake Tribune.

“The last time the senator was up for re-election, in 2012, he promised that it would be his last campaign,” the paper wrote in a Christmas editorial. “That was enough for many likely successors, of both parties, to stand down, to let the elder statesman have his victory tour and to prepare to run for an open seat in 2018. Clearly, it was a lie.”

The blistering article continues: “Over the years, Hatch stared down a generation or two of highly qualified political leaders who were fully qualified to take his place, Hatch is now moving to run for another term — it would be his eighth — in the Senate. Once again, Hatch has moved to freeze the field to make it nigh unto impossible for any number of would-be senators to so much as mount a credible challenge. That’s not only not fair to all of those who were passed over. It is basically a theft from the Utah electorate.”

The paper’s editorial called Hatch the “Utahn of the Year,” while stressing that the designation was not a compliment, and instead a reflection of his influence within the state and Washington, D.C. Still, Hatch’s twitter account thanked the paper for the label.

Grateful for this great Christmas honor from the Salt Lake Tribune. For the record, I voted for @SpencerJCox and @rudygobert27. #utpol pic.twitter.com/7iFOBK6TWf