Why you’re dancing to so many irresistible Reggaeton beats

You are here: Home / Uncategorized / Why you’re dancing to so many irresistible Reggaeton beats

In 2017, Spanish song “Despacito” broke worldwide records. It’s currently the most viewed video on Vevo, reaching nearly five billion views. “I had no idea it would become a worldwide phenomenon,” singer Luis Fonsi said of the surprise hit.

But “Despacito” is part of a much larger picture — a movement of Reggaeton beats known for their fusion of reggae and Latin rhythms. The genre is nothing new, but a new wave of artists is reaching outside of their usual fan base and changing the musical landscape on a global level.

“In 2016, there were five Spanish songs on the Billboard Hot 100. In 2017, there were 19. That’s unprecedented,” Leila Cobo, Billboard’s Executive Director of Latin Content, told CBS News.

The names of artists like Fonsi, Nicky Jam, Maluma, J Balvin, and CNCO may not sound familiar, but there’s a good chance you’ve heard their music recently. Artists like Beyonce, Justin Bieber, Demi Lovato, Post Malone and Cardi B are just a few of the mainstream U.S. performers collaborating with them.

You might not even realize when you’re listening to a song with Reggaeton’s influence. “Even on Ed Sheeran‘s ‘Shape of You,’ I hear Reggaeton,” Cobo said.

But what peaked this recent rise in interest in Reggaeton? The legalization of streaming is partially responsible, which swayed the success of a song from the record label into the hands of the fans.

“I don’t think that phenomena could have happened without streaming,” Cobo said. “Streaming raised the awareness that this was happening and it has become the new revenue driver.”

What to expect at the Grammy Awards

The 60th Annual Grammy Awards will be broadcast this Sunday night on CBS. Rehearsals are underway at New York’s Madison Square Garden, and James …

Gustavo Lopez, a former senior executive at Universal, agrees that platforms like YouTube, Spotify and Apple Music have transformed the meaning of success in the music industry.

“Spotify has become the most powerful source of artist development, music exploitation, and even now monetization. We began to identify artists that were being viewed more than artists that were on the Billboard charts,” Lopez said.

And this new generation of Latin artists has billions of views to go around. They came of age when the streaming model was turning the music world upside down, forcing industry titans to rethink how to turn a profit. Album sales slumped, and record labels closed.

So performers got creative. They cultivated authentic relationships with their fans on social media, YouTube, and eventually Spotify to give them free access to music.

“All these artists break out of this [model],” Lopez said. “You see someone like Nicky Jam, he has 20 million Instagram followers.”

Perhaps no more than anyone, Nicky Jam knows how important those followers are. He’s one of today’s hottest Reggaeton artists, first appearing on the scene over two decades ago with another pioneer, Daddy Yankee. But he fell into drug use, and lost everything he’d built. When he got clean and made his comeback in Colombia, he did it by rebuilding his base online. 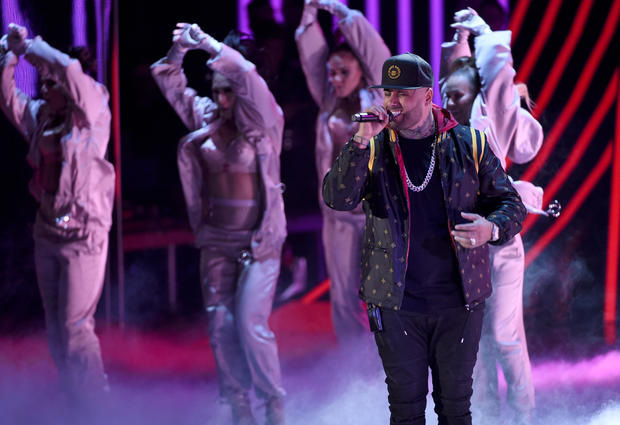 “YouTube, Spotify, Instagram, everything. All of that is important,” he said. “When I came to the record labels, I already had my own platforms. I didn’t need to go there and make myself an artist, I was already made.”

Many performers followed in his footsteps to make it big. And just when monetized streaming came on the scene, their passionate followers were ready to press play.

That’s significant, because artists can make as little as one dollar per one thousand streams, according to the Recording Industry Association of America. To succeed in this new era, performers need millions of loyal fans that will translate to millions of streams. 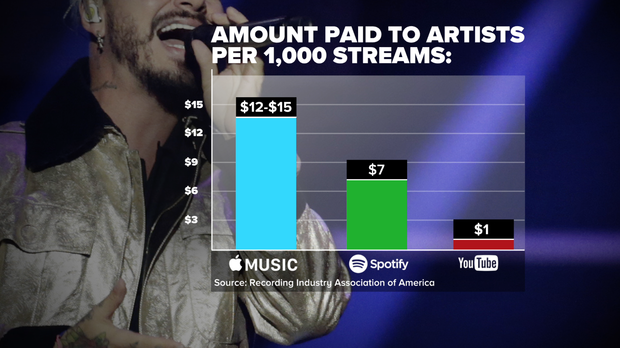 They also leverage those massive followings to make cushy deals with brands. Nicky Jam just signed a lucrative deal with PepsiCo to promote their Amp drink.

“The transformation of the advertising dollars … it’s what’s really transforming music, but also how the brands are becoming known [to their fans],” Lopez said.

So it’s easy to see why Top 40 performers in the U.S. have taken notice of the reach Reggaeton artists have. In a world where streaming reigns, they get even more play from Latin artists’ global footprint.

“There’s more collaborations, more remixes,” Cobo said. “The biggest trend that I see moving forward is a bigger global approach to music … and you see it in the charts.”